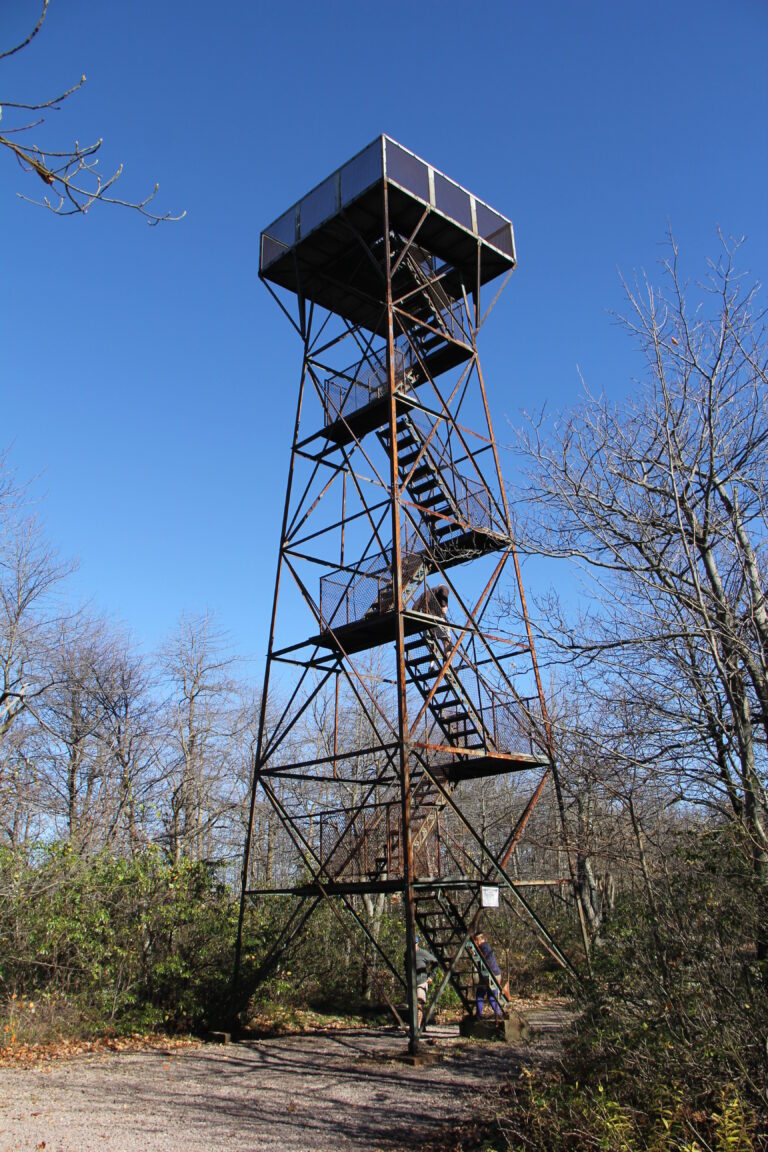 Mount Davis (3,213 ft or 979 m) is the highest point in Pennsylvania. Located in the 5,685 acres (2,301 ha) Forbes State Forest near the hamlet of Markleton in Elk Lick Township, Somerset County, it lies on a gentle crest of a 30-mile (50 km) ridge line extending from central Somerset County southward into Garrett County, Maryland known as Negro Mountain.

The summit of Mt. Davis may be ascended by car or a number of hiking trails. Its surrounds are noted for their patterns of unusual circular stone formed by periglacial action. A metal observation tower with a relief map of the region stands near the true high point. Mount Davis ranks 33rd on the list of highest natural points in each U.S. state.

Climate on the peak is warm in the summer, and cold in the winter. Like much of Pennsylvania, Mount Davis can experience heavy winds, rain, and hail in the summer, with ice storms and blizzards in the winter. Temperature extremes range from −36 to 29 °C (−33 to 84 °F), though frosts have been recorded in every month of the year. Summer conditions are generally mild and winters are characterized by a lot of snowfall. Average annual precipitation ranges from 38 to 42 inches (970 to 1,070 mm).