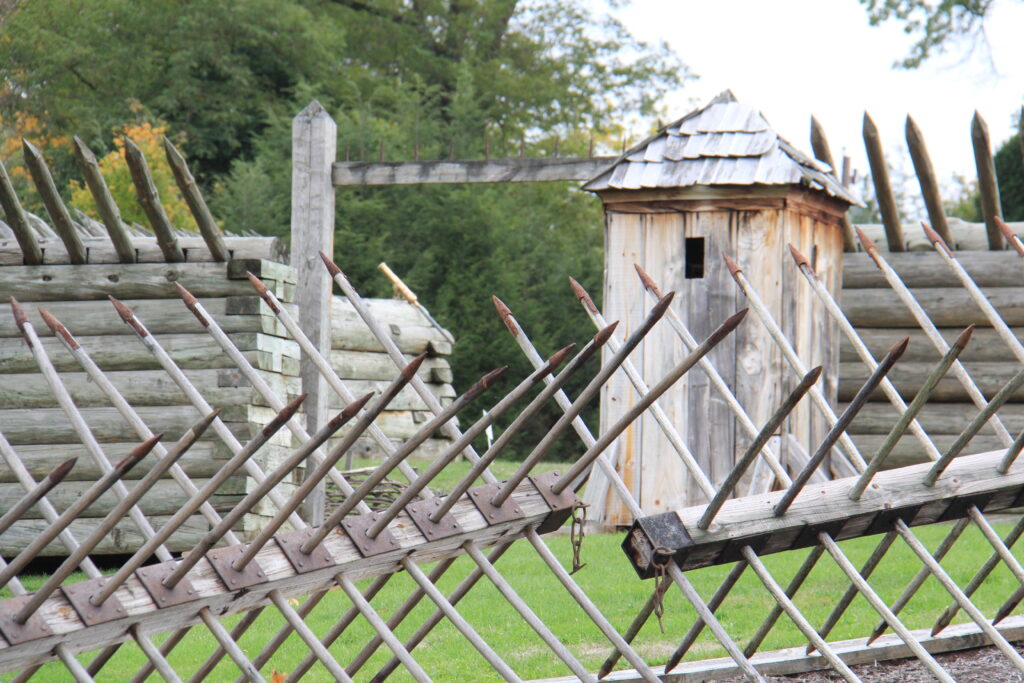 Fort Ligonier is a British fortification from the French and Indian War located in Ligonier, Pennsylvania, United States. The fort served as a staging area for the Forbes Expedition of 1758. During the eight years of its existence as a garrison, Fort Ligonier was never taken by an enemy. It served as a post of passage to the new Fort Pitt, and during Pontiac’s War of 1763, was a vital link in the British communication and supply lines. It was attacked twice and besieged by the Native Americans, prior to the decisive victory at Bushy Run in August of that year. The fort was decommissioned from active service in 1766. Today, there is a museum next to the reconstructed fort. Inside the museum there are artifacts from the battle. An individual can take a guided tour of the fort, and on Fort Ligonier Days, the fort’s cannons are fired.[3]

French victories over George Washington and Edward Braddock in 1754–55 wrested from Britain control of the strategic forks of the Ohio River (modern Pittsburgh). By 1758, General John Forbes was assigned the daunting task of seizing Fort Duquesne, the French citadel at the forks. He ordered construction of a new road across Pennsylvania, guarded by a chain of fortifications, the final link being the “Post at Loyalhanna,” fifty miles from his objective.[3]

The fort was constructed in September 1758. By late October, George Washington had arrived at Loyalhanna, but not before the defeat of a British force at Fort Duquesne on September 14, and the successful defense of Loyalhanna from a French attack on October 12. Heavily outnumbered and losers in Indian diplomacy, the French abandoned Fort Duquesne, which Forbes occupied on November 25. He designated the site “Pittsburgh” in honor of Secretary of State William Pitt. Forbes also named Loyalhanna “Fort Ligonier” after his superior, Sir John Ligonier, commander-in-chief in Great Britain.